The following correspondence has been submitted to the Department for Justice and Constitutional Development. This Alliance trusts that international consensus on this matter will persuade the honourable Minister, and the South African Law Reform Commission, to revisit it’s hesitancy in recommending that the Legislature set aside the Witchcraft Suppression Act as clearly inconsistent with both Constitutional and International law, without further delay.

The United Nations Human Rights Council’s draft resolution 47 entitled “Elimination of harmful practices related to accusations of witchcraft and ritual attacks” finally, although indirectly only, acknowledges that Witchcraft is not the mischief requiring regulation or prohibition. The draft correctly identifies the true harm requiring remedy; the human rights abuses which flow from accusations of witchcraft.

Consumers are protected against delinquent suppliers

Have you ordered and paid for merchandise that was never delivered? Have you subsequently been refused a refund on demand for that undelivered order? Has a supplier demanded a cancellation fee for an undelivered order? The Consumer Protection Act protects your right to fair and honest dealing by promoting fair business practices, and by protecting consumers from unconscionable, unfair, unreasonable, unjust or otherwise improper trade practices; and deceptive, misleading, unfair or fraudulent conduct.

This is not the first case of hysteria in public schools in South Africa. In the past, pastors were invited to schools as a matter of course in order to deal with untested and unproven allegations of supernatural activity.

SAPRA appeals to the Minister of Basic Education Ms Matsie Motshekga, MEC Mr. Gade David Fundile, and the Eastern Cape Department of Education, to put an end to the charade of pandering to the fantasies of teenagers. Stop using public schools to proselytise religious prejudice and bigotry. 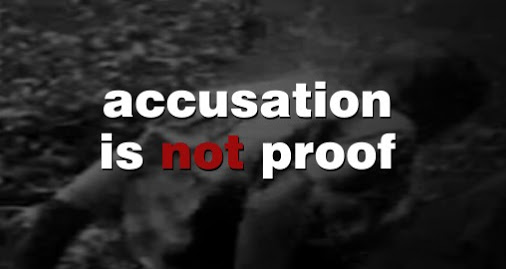 We honour Leo Igwe for his own successful campaigns against “child witchcraft accusations” in Nigeria.

We accept that his campaigns seek to deny the existence of Witches and Witchcraft; a natural consequence of his atheism. Our own campaigns in South Africa do not seek to deny the fact that real Witches do exist. We admit that navigating the thin line between religious identity and prejudicial accusation is always frought with difficulty.

On 5 April 2021, Jostina Sangweni (59) was brutally beaten and burned alive in Soweto after being accused of witchcraft. She succumbed to her injuries and died in hospital.

’30 Days of Advocacy against Witchcraft Accusations and Witch-hunts’ – 29 March to 27 April.
https://paganrightsalliance.org/advocacy/

During Human Rights Month – 21 March to 27 April – the South African Pagan Rights Alliance will be launching its annual ’30 Days of Advocacy against Witchcraft Accusations and Witch-hunts’ on 29 March 2021. If you would like to support this campaign, share links to our advocacy web-page and our Facebook page ‘Touchstone Advocacy’, and share our advocacy banner as your profile image.